The interactive map below show’s some of the main kite spots in South Australia, if you have some other recommendations, let us know!

The map below shows the different zones on the Adelaide coastline, please respect the council by laws and the Civil Aviation Safety Authority’s restrictions. 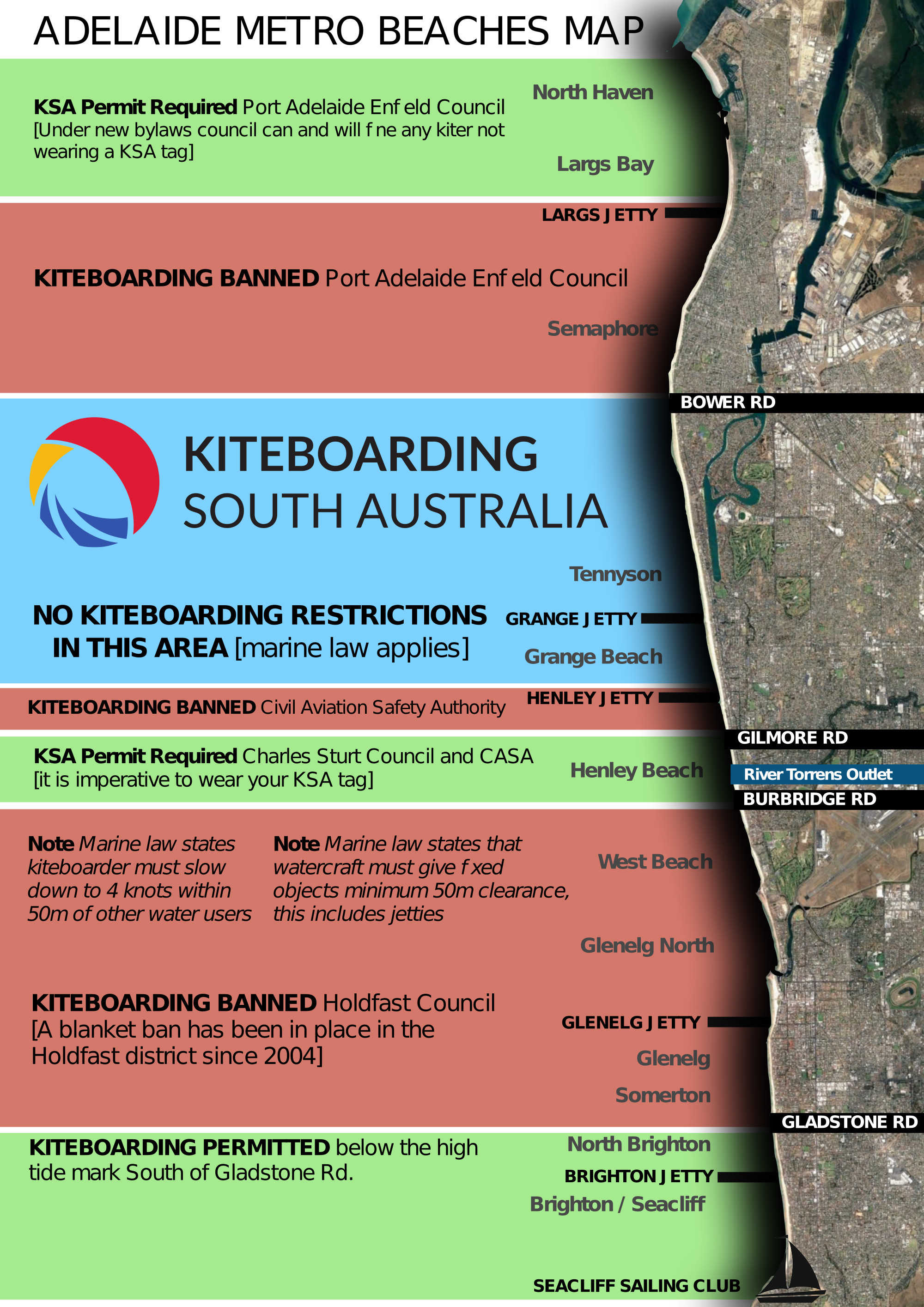 MIDCOAST (advanced riders only) S/N depending on location

Just 40 minutes south of Adelaide on the coast ”the Mid” has several top spots between Southport and Moana to ride in proper reef swells and good winds. These spots work best anytime in winter when the strong northerlies blow or in the southerlies during summer. Beware of the walk up and down the paths to the water and the sharp reef. This area of coastline is a popular spot for surfers. Try avoid kiting on the breaks which the surfers are using where possible. Generally when we are out there the surfers will be on only one of two breaks, so that leaves us plenty of places to kite. This is also a popular windsurfing spot so please respect them as you would another kiter. Avoid jumping near them and flying your kite low around them. If you are unsure of the right of way rules in the surf zone, ask one of the crew in the area and they will give you the run down. If you plan on riding freestyle in this area, Moana and Southport are better spots for this style of riding. Moana and Southport are the only sandy beaches in this area

If you are prepared to do a bit of driving and have some patience you will be rewarded with some epic wave kiting days. Here are a few places to head.

Being near the Murray River we have lots of freshwater spots to kitesurf and most are within 1-hour drive from the city. Most places have a better wind direction but in the relatively protected waters of a lake you are always fairly safe.

Flat water on the eastern side, swell down the bottom, and some bounce on the west coast, Yorkes has it all.

The whole way up the West Coast (and all or Yorke’s) there are worthwhile spots. Best way is to just go and check it out.

A massive area and heaps of spots. Report to be written soon. If any locals want to write their own location review, flick it through to us!